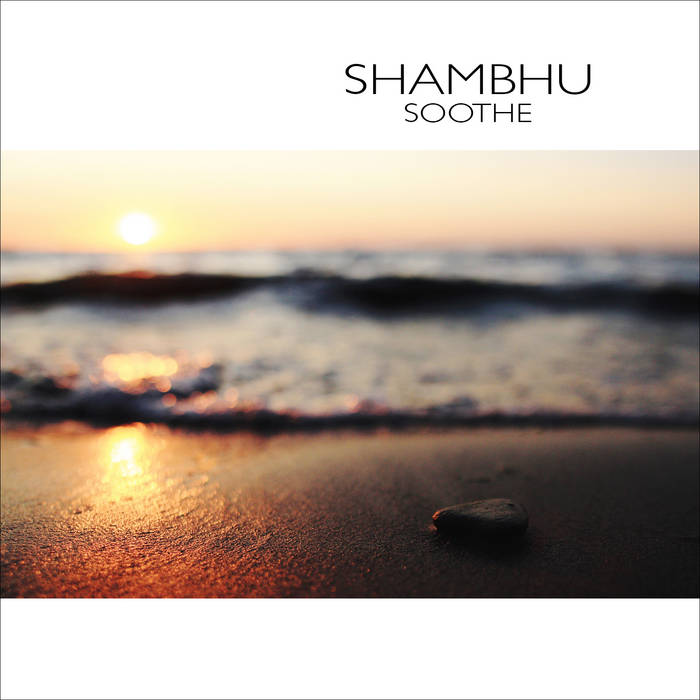 Bernard Francis Kyle The Third of a Trilogy. Shambhu’s most fully realized album to date is a cohesive, soothing journey with complex arrangements and extraordinary guest artists.

Shambhu’s core team once again features artists who have graced his prior albums, Sacred Love and Dreaming of Now.

Each of the nine tracks on Soothe stands out, showcasing a brilliance of musicianship.

SOOTHE is a musical journey into the stillness and beauty of my inner experience. An aural antidote to the election. Enjoy SOOTHE as a background or foreground to inspire your own reflections and calm. Enjoy with Love.... ~Shambhu

"SHAMBHU IS A BREATH OF FRESH AIR WHO BRINGS WITH HIM MUSIC TO SOOTHE THE SOUL AND THE MIND."
~thisisthelatest.com

“Shambhu is a consummate artist, at once precise, skilled, sensitive and inventive way beyond the norm. SOOTHE overflows with inspired compositions and exquisite performances. Each track offers its own journey within, bringing reverence for the earth, a vast rainbow of imagery, and cosmic spaces opening inward while reaching high to the heavens.”

Shambhu exploded onto the contemporary instrumental music scene in 2010 with his acclaimed #1 release, “Sacred Love”. He followed up with “Dreaming of Now,” which earned him a ZMR Music Award (2013) for Best Contemporary Instrumental Album.

An accomplished guitarist and composer, Shambhu expresses himself through a blend of folk, Indian and jazz styles. His music emerges in quiet introspection. His touch evokes delicate yet intricate expressions of nuance and subtlety. His performances are deeply engaging and provide audiences an experience that some have described as “magical”, “a journey” and “opening a space within”.

Shambhu is featured on Jeff Oster's Next, Ricochet – The Echoes Living Room Concerts (Vol 20), two Will Ackerman compilations, The Gathering II, and The Gathering I (ZMR Award for "Best Album of the Year"), The Guitar - The Best of New Age Reviews, and on Ann Licater's Doorway to a Dream. He recorded on Whitney Houston’s multi-platinum album, Whitney.

Shambhu expresses himself through a blend of folk, Indian and jazz styles and a music that seek to lift the inner Spirit. His songs emerge in quiet introspection. His touch evokes delicate yet intricate expressions of nuance and subtlety. His performances provide audiences an experience that some have described as “magical”, “a journey” and “opening a space within”. ... more

Bandcamp Daily  your guide to the world of Bandcamp

MF DOOM is given his flowers, plus appearances from MC Jada Imani and Stanley Ipkuss